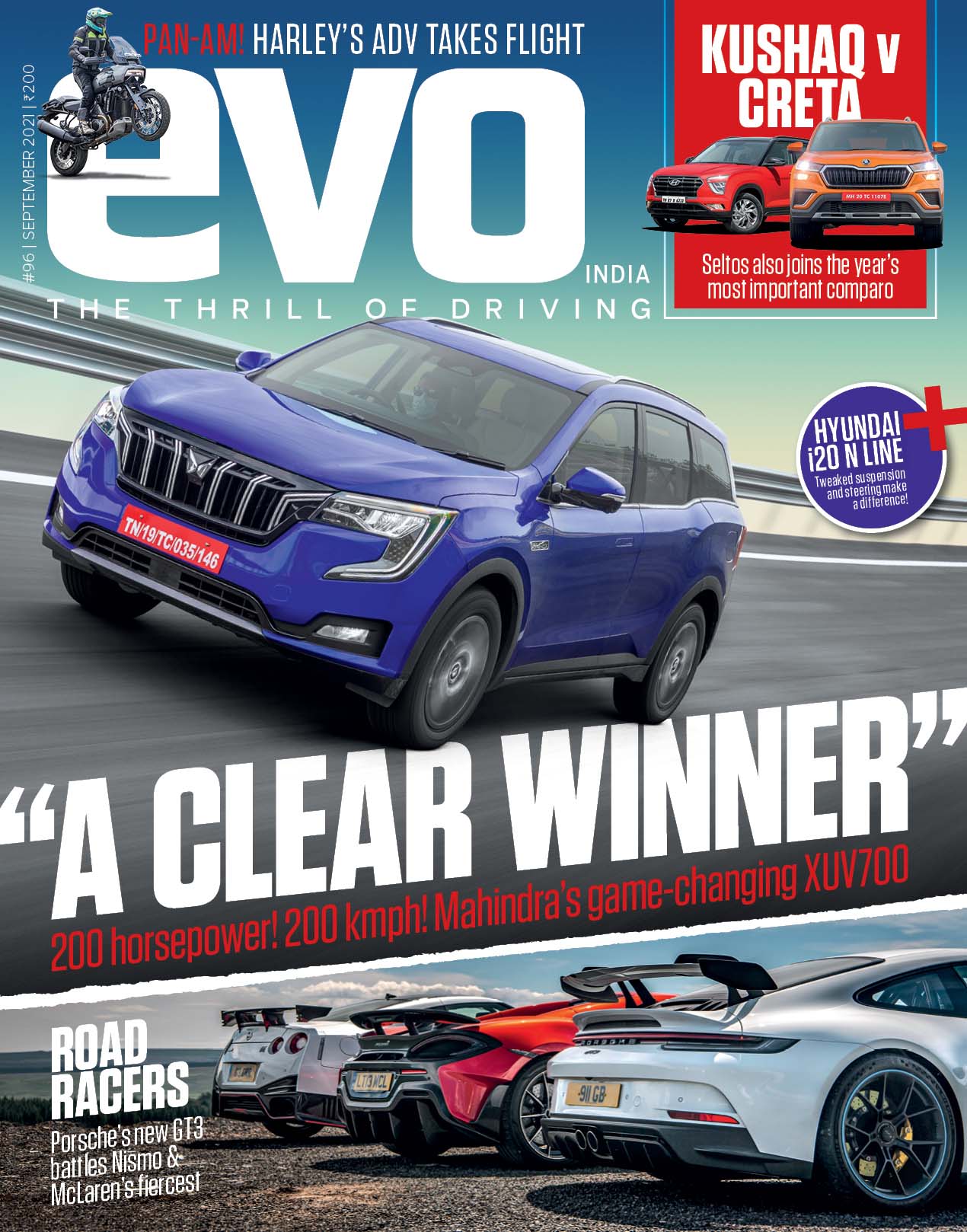 (Scroll to the bottom for NEXT button to proceed to payment)

Exclusive Thrill Of Driving t-shirts when you subscribe (new designs out now!) 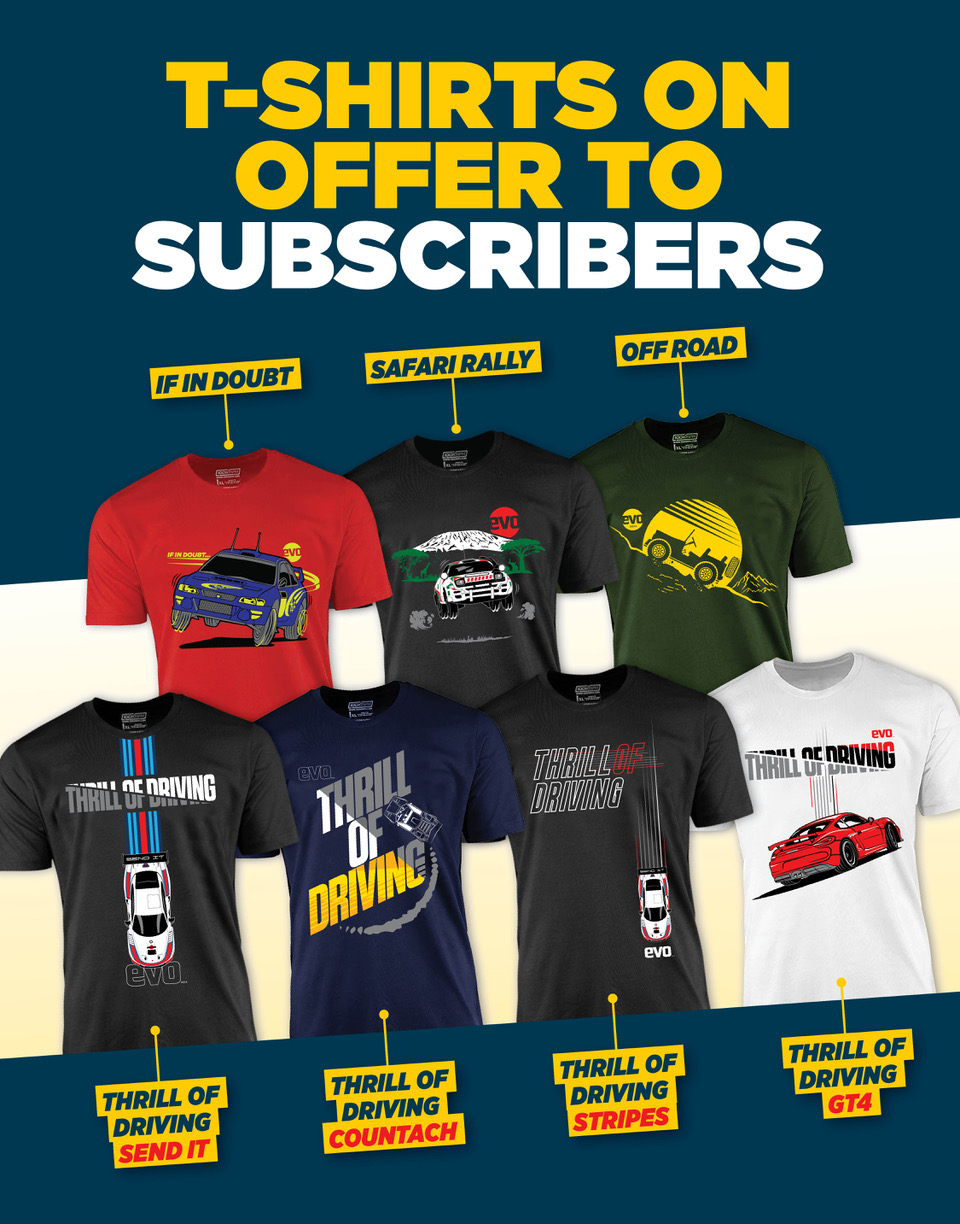 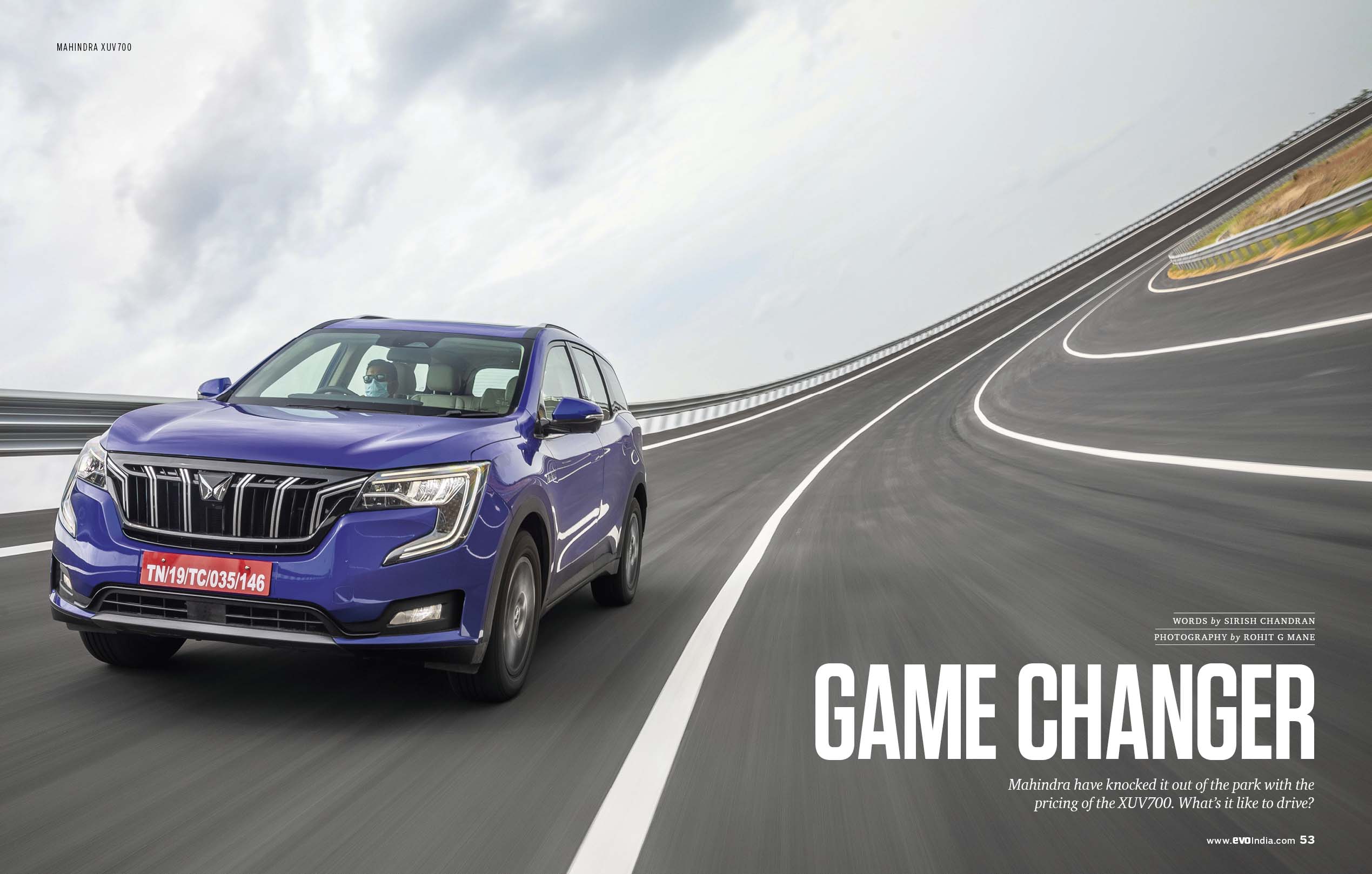 With 200 horsepower and 200kmph top speed, the all-new XUV700 has its rivals quaking in their boots! After months of teasers and spy shots, we have finally gotten behind the ’wheel at the Mahindra SUV Proving Track (MSPT) driving both the mHawk diesel engine and much talked about mStallion turbo-petrol. From features, space, interiors, quality, refinement, safety features, ride, handling and even the off-roading ability of AWD variants, we’ve comprehensively tested the new XUV700 and brought you the most detailed review out there. Here’s a spoiler: It does a sub-10sec run from 0-100kmph! 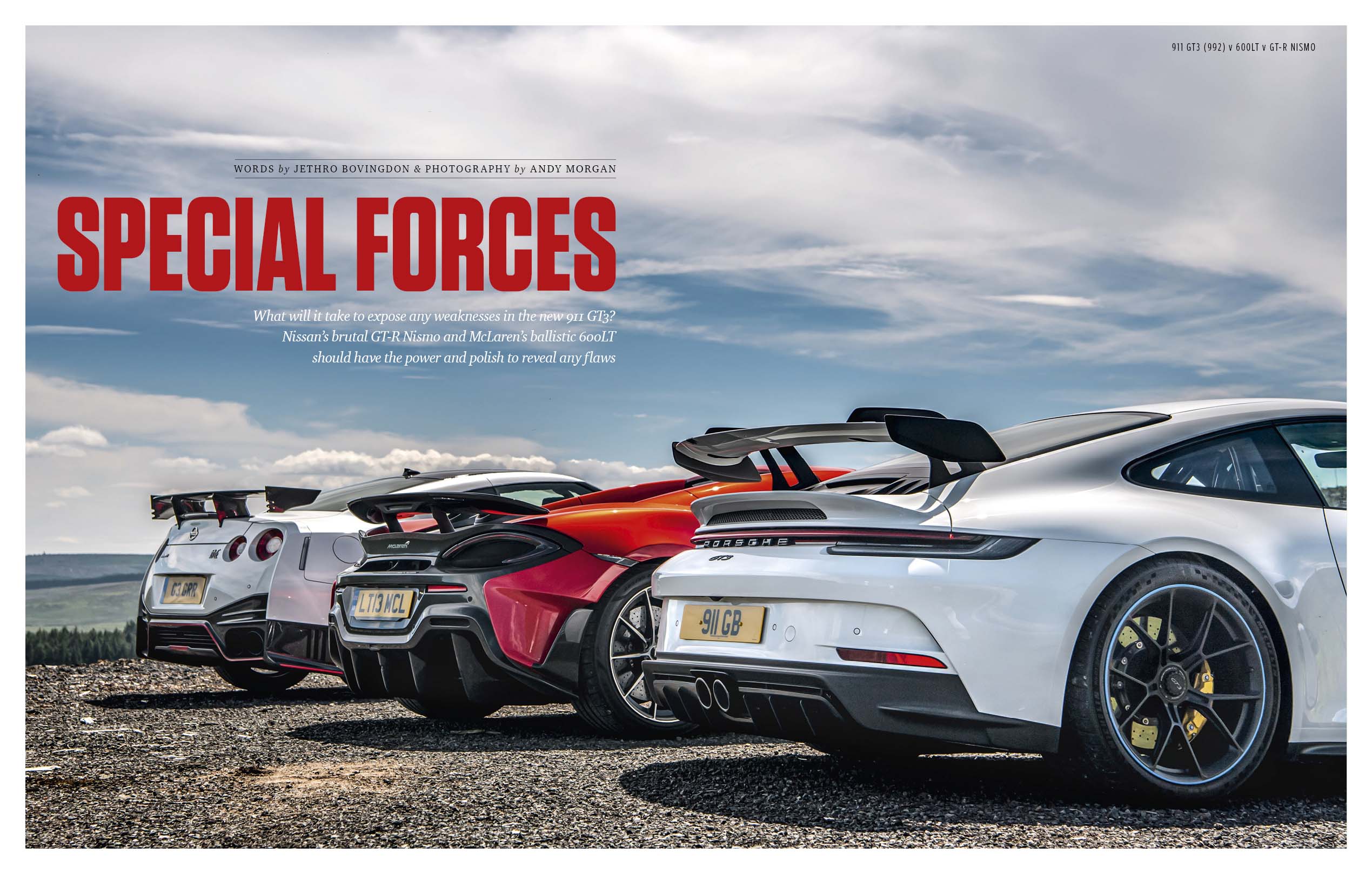 The 911 GT3 has been the benchmark for driver engagement — offering you a road car which is pared back and focussed on track times. How do you beat it? McLaren and Nissan have a stab in their track-focussed coupes in the 600LT and the GT-R Nismo. All three cars here have radically different layouts and approaches to answering the same question — how do you make the best driver’s car? 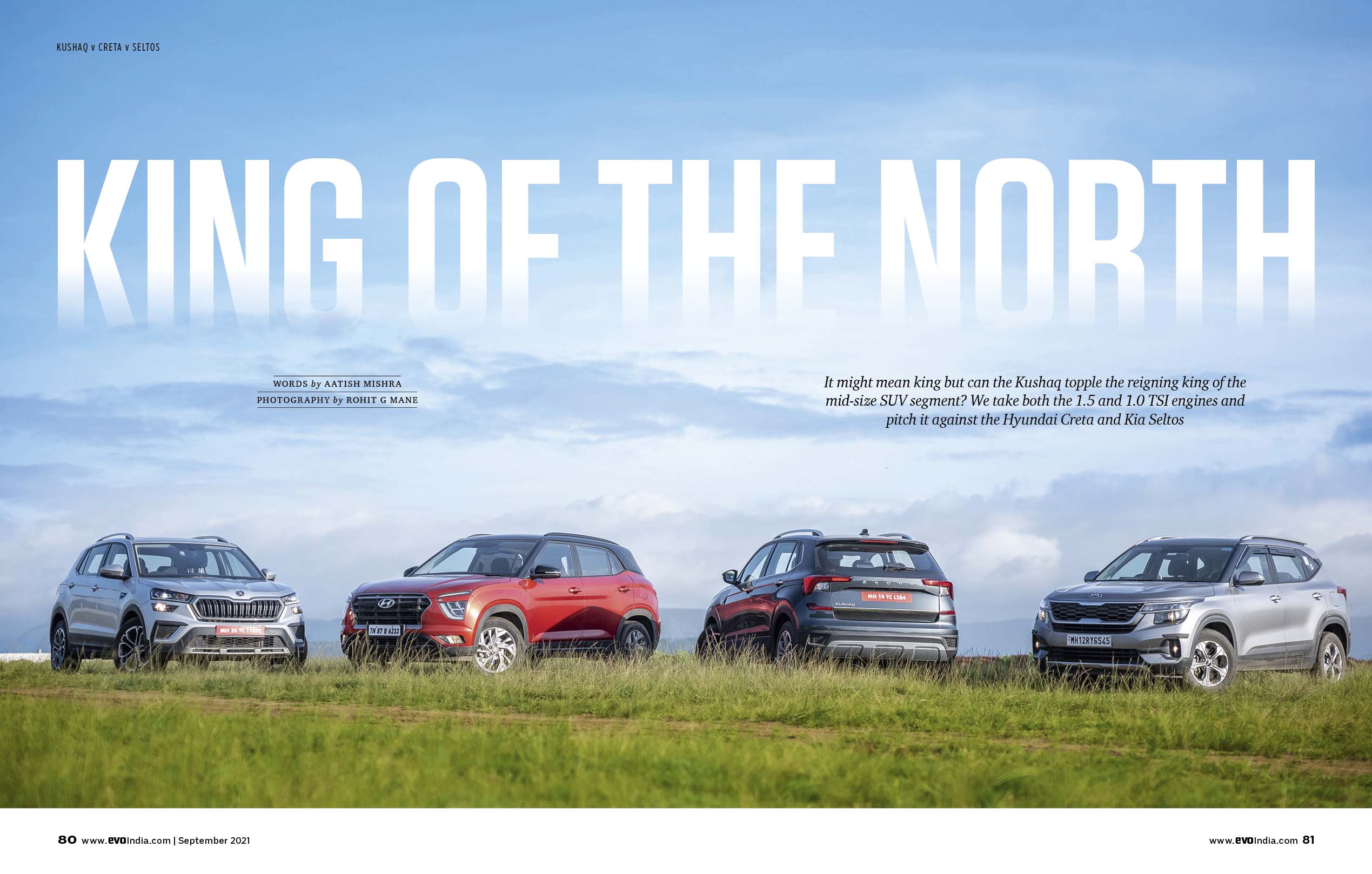 The Kushaq has a huge weight resting on its shoulders — the first car based on the new MQB-A0-IN platform will set the tone for the Skoda-VW Group’s next few years in India. And for perspective, we need to pit it up against the benchmark in its class, the Hyundai Creta. In this story, we pit the Kushaq 1.5 TSI with the DSG against the Hyundai Creta Turbo while the more affordable Kushaq 1.0 TSI goes against the Kia Seltos with the naturally-aspirated 1.5-litre petrol engine. If the Kushaq wants to make a mark in India, the least it must run the Creta close in this comparison test! 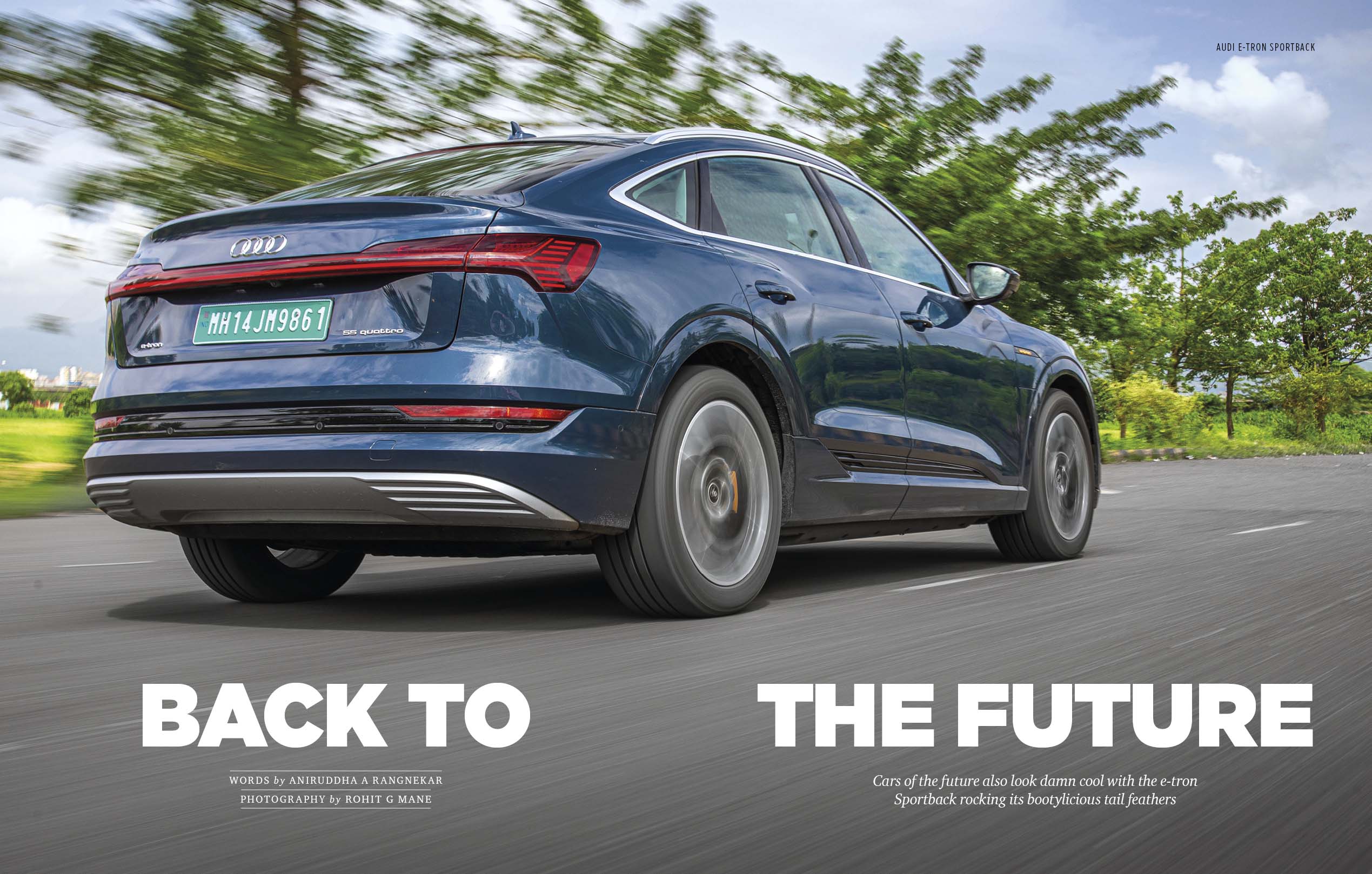 With a swooping roofline, the e-tron Sportback looks like a proper spaceship! It shares its drivetrain with the standard e-tron that we tested a few months ago, and the interiors and equipment list are the same as well. But does the differentiated styling make the Sportback a more desirable car than the standard e-tron? Is the incredible practicality of the standard car compromised? Is the driving experience more driver focused? That’s what we’re looking to find out in our review of the e-tron Sportback. 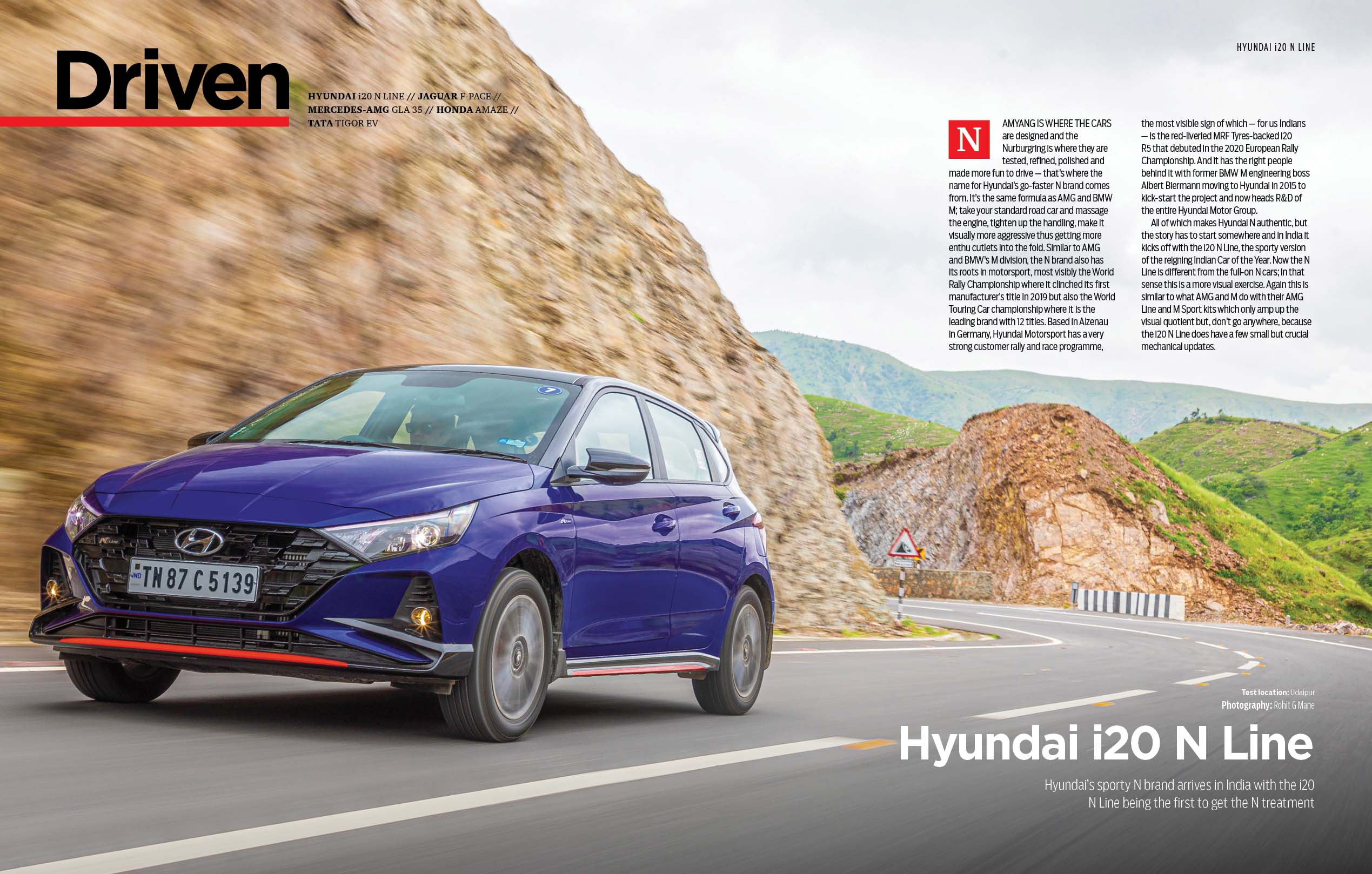 Hyundai has finally launched its first car from the N brand in India — the i20 N Line. It gets differentiated styling from the standard i20 with red accents to make it look more sporty and a different design for the alloy wheels. Hyundai also claim to have tweaked the suspension and steering to improve how the i20 handles, while giving it disc brakes at the rear. How do these changes affect how the i20 drives? We find out on Rajasthan’s brilliant roads. 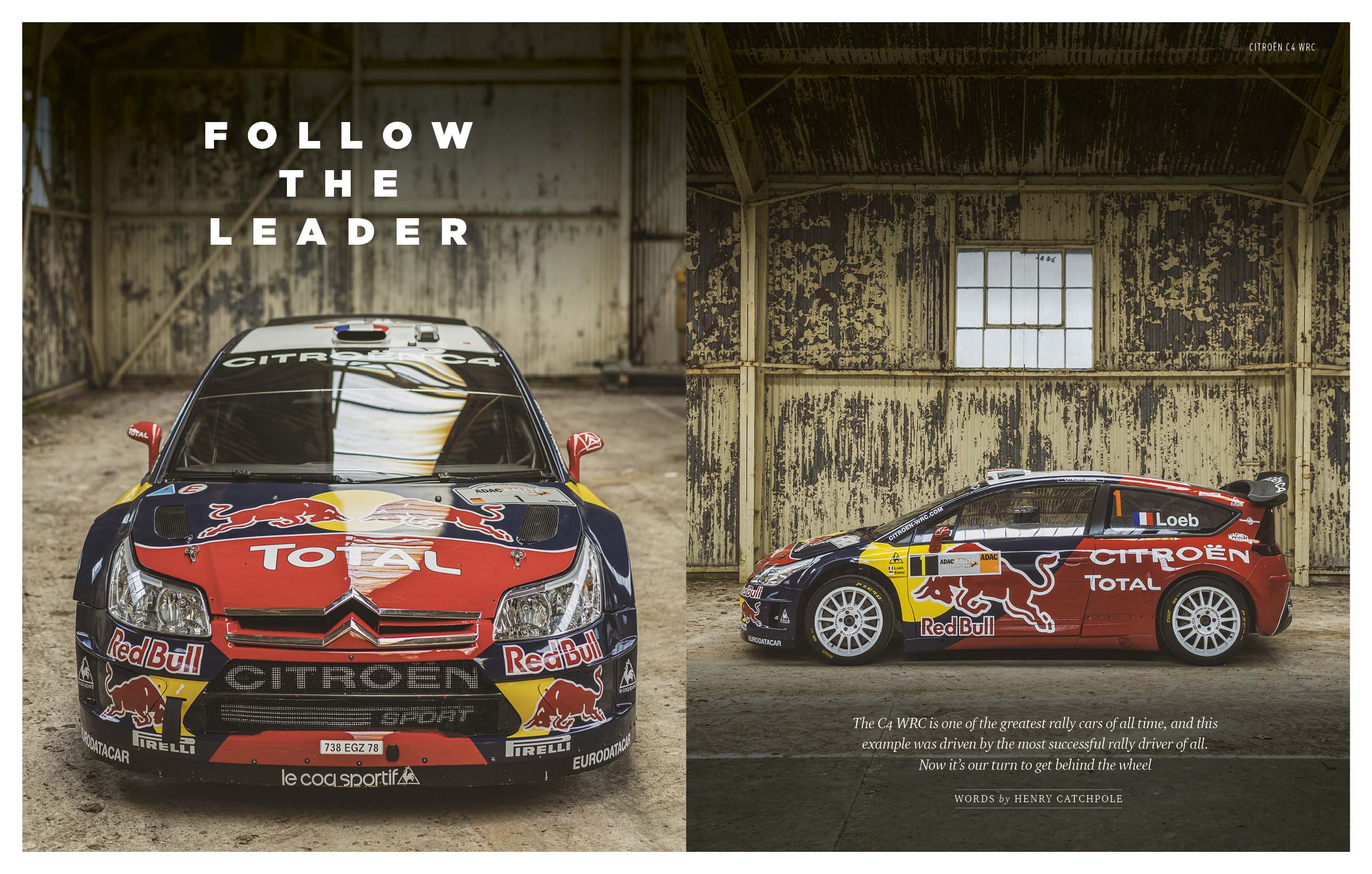 Getting behind the wheel of Sebastien Loeb’s Citroen C4 WRC car that won no fewer than four rallies! In tarmac spec, we thrash this 315bhp rally car down the road and revel in the sheer confidence it inspires in the driver. Ruthlessly fast, tied down, balanced and most importantly, potent — this C4 is one of the greatest tools that Loeb, arguably the world’s best rally driver, had commandeered to his resounding victories. 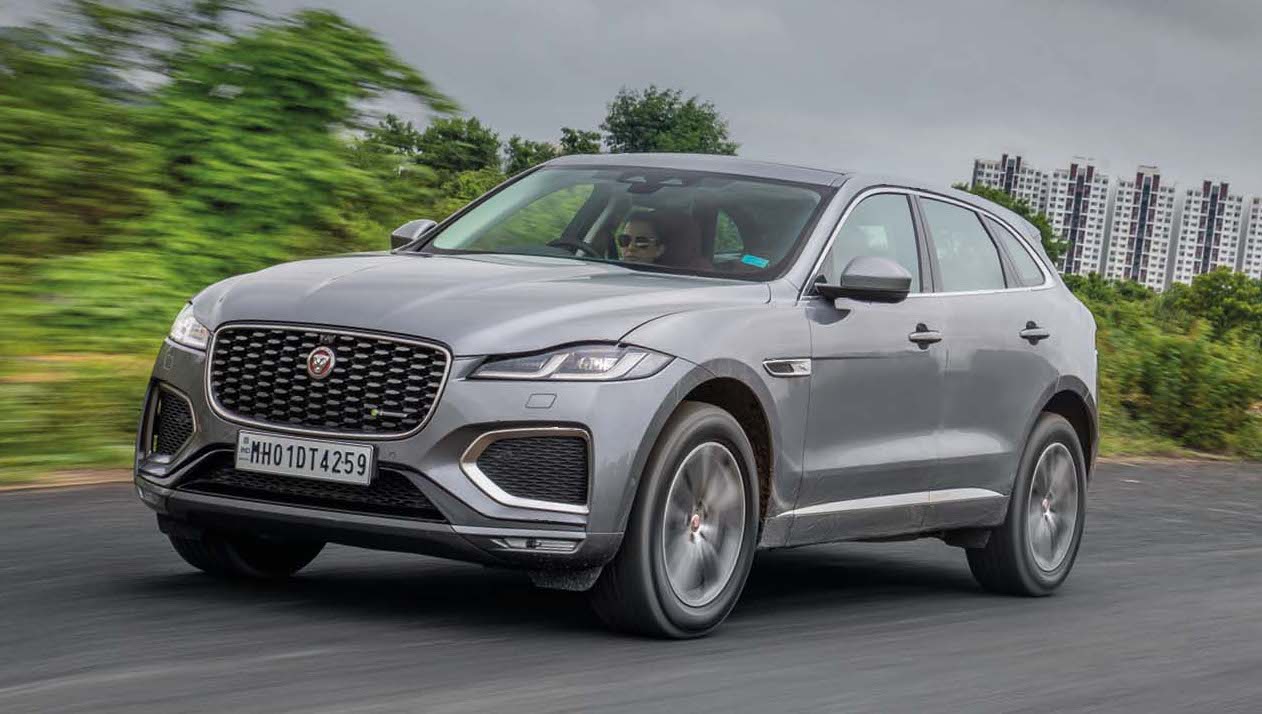 The F-Pace has been given an update with fresh styling and some new tech, and it looks more handsome than ever. And the underpinnings, which have always promised great driving thrills, haven’t changed. Are these updates enough to keep it relevant? We drive the P250D with the 2-litre diesel that makes 250 horsepower to find out. 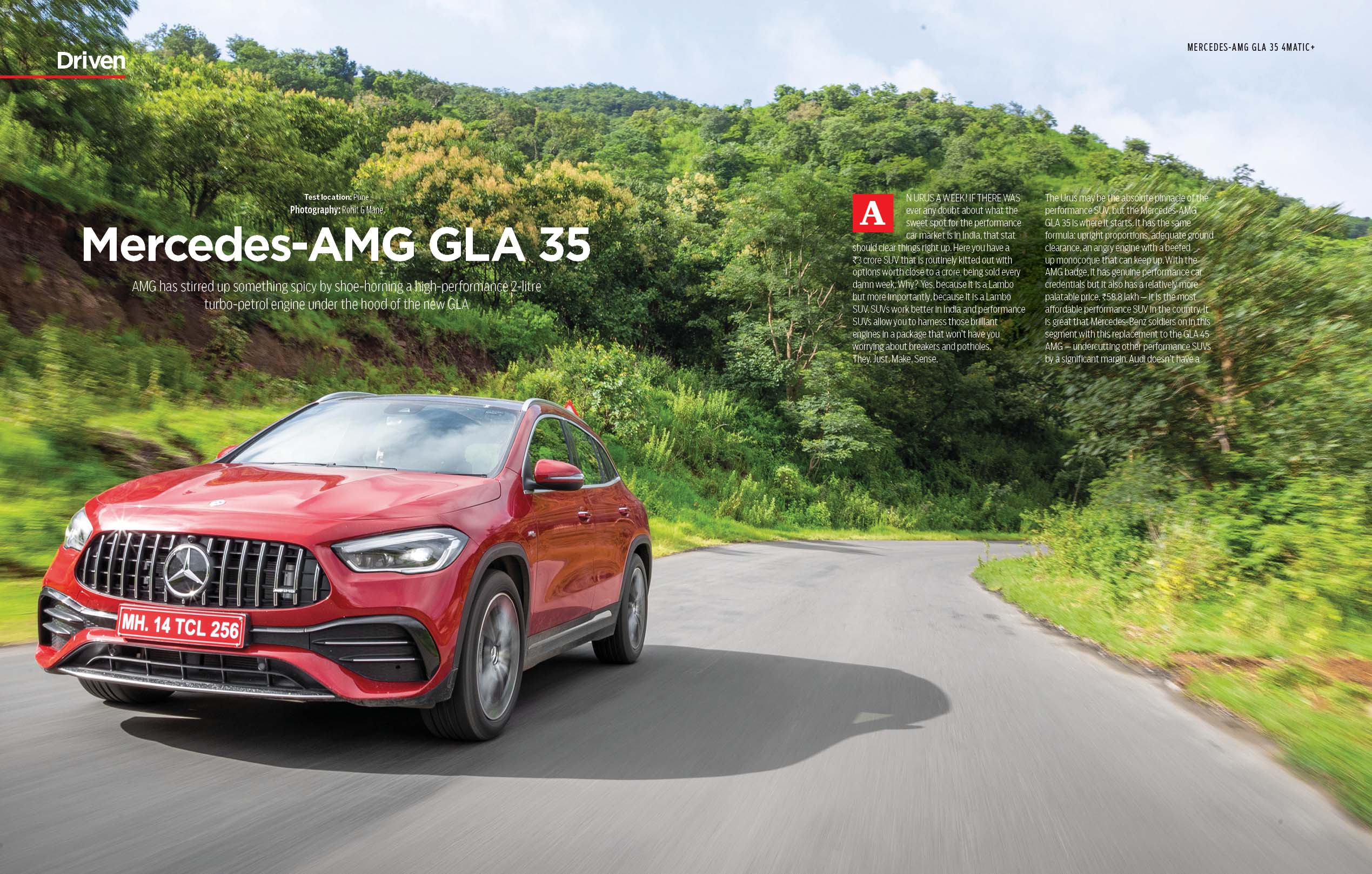 Performance SUVs are all the rage these days, and the Mercedes-AMG GLA 35 is the most affordable of the lot! Locally assembled in India, but featuring an engine and chassis fettled by the engineers in Affalterbach, the GLA 35 is a proper pocket rocket. And the raised ground clearance means you can drive it further and faster than the A35 Limousine! 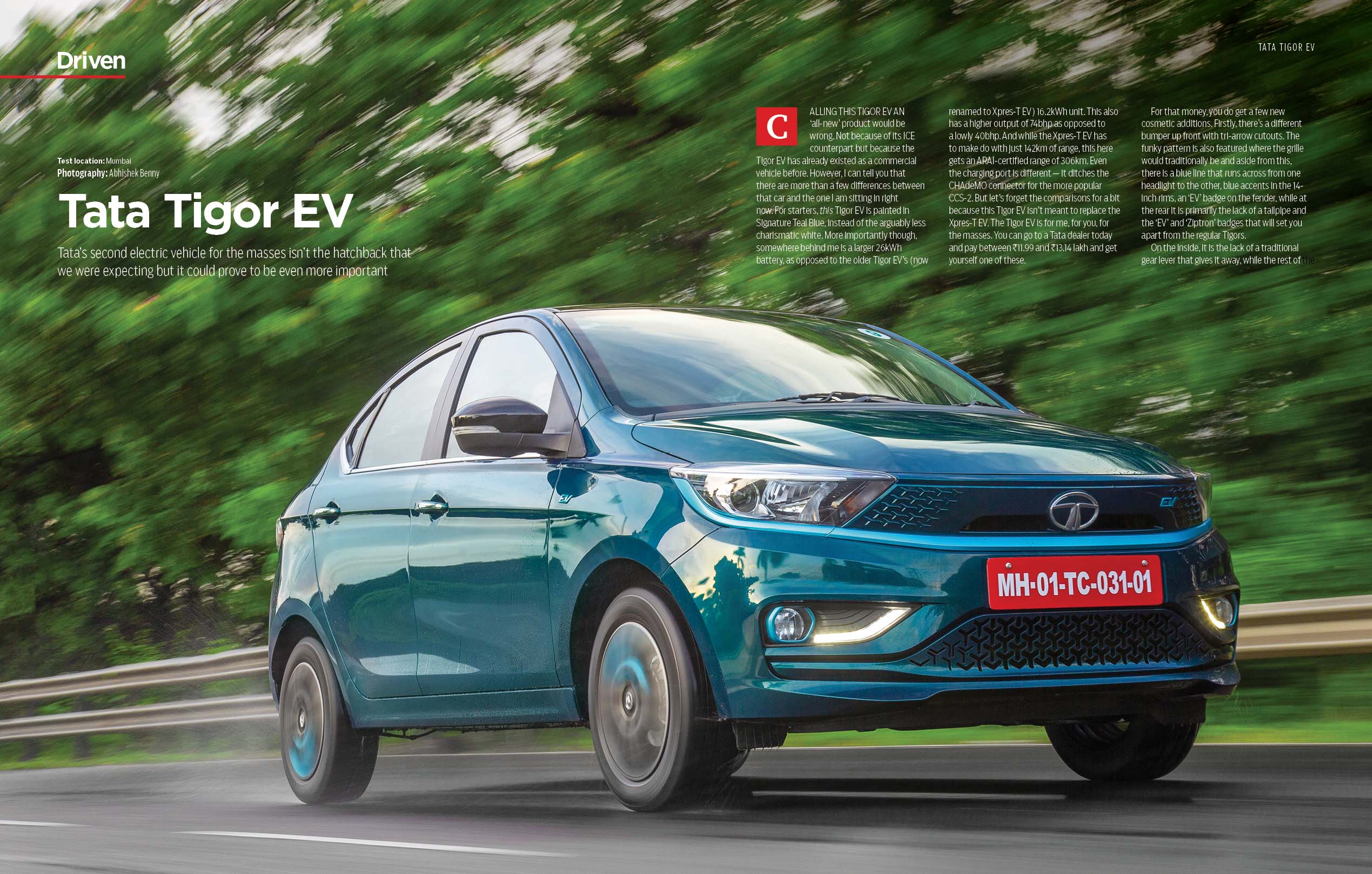 Tata’s most affordable EV yet! The Tigor EV borrows its drivetrain tech from the Nexon EV, but comes packing a smaller battery and a less powerful motor. How useable is it in the real world? What sort of range does it provide? Can it be a replacement to a more traditional ICE rival from the compact sedan segment? We find out in this first drive review! 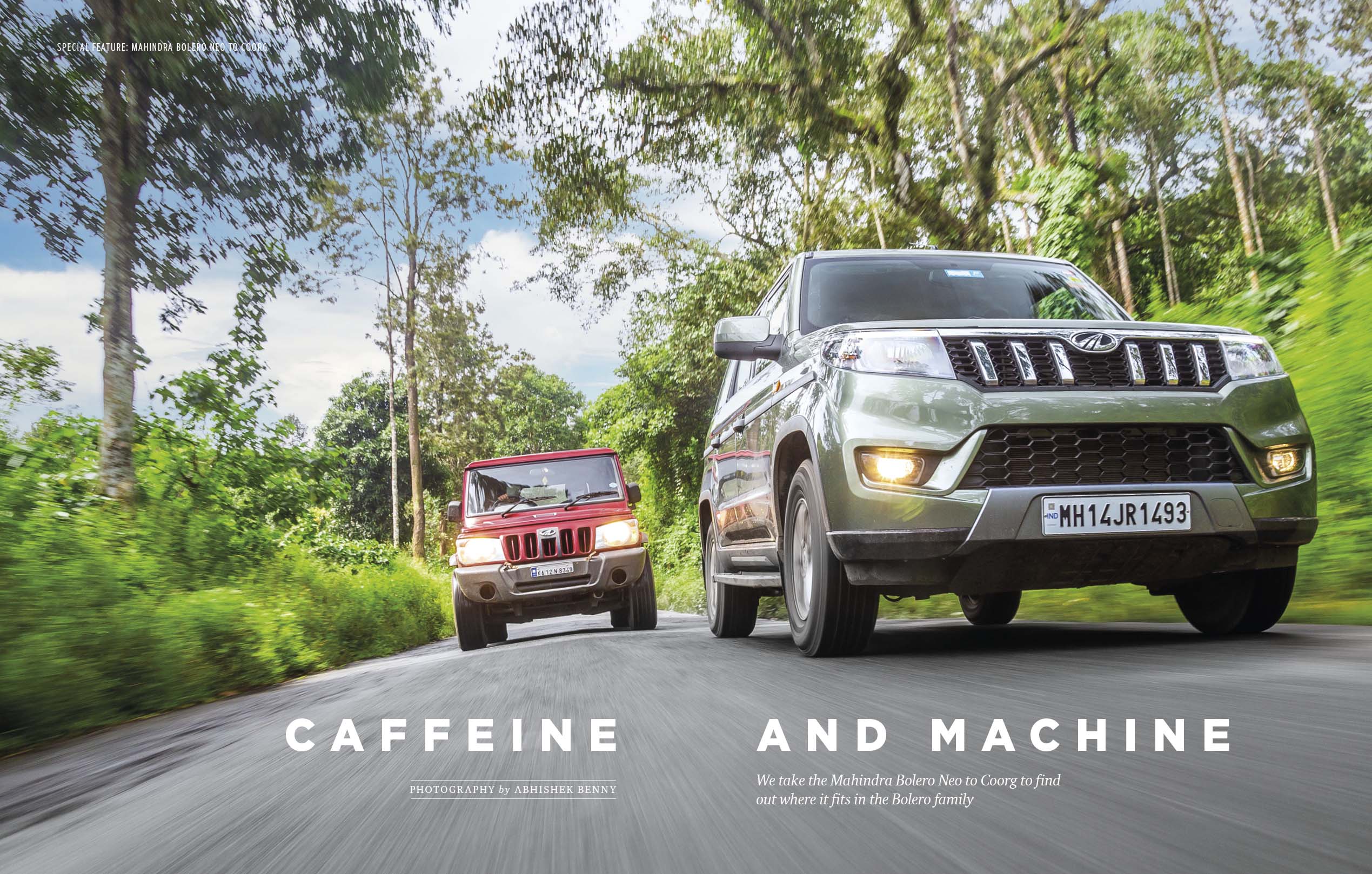 Mahindra’s new Bolero Neo traces its roots! We drive the Neo to Coorg where we catch up with two coffee plantation owners who are also long-time Bolero owners. How true does the Bolero Neo stay to its roots? How authentic an SUV is the Bolero Neo? Showcasing the original Bolero’s ruggedness and reliability as workhorses on the coffee estates, we contrast that with the usability and modern take that the Neo has, without compromising any of the traits that the original Bolero was known for. 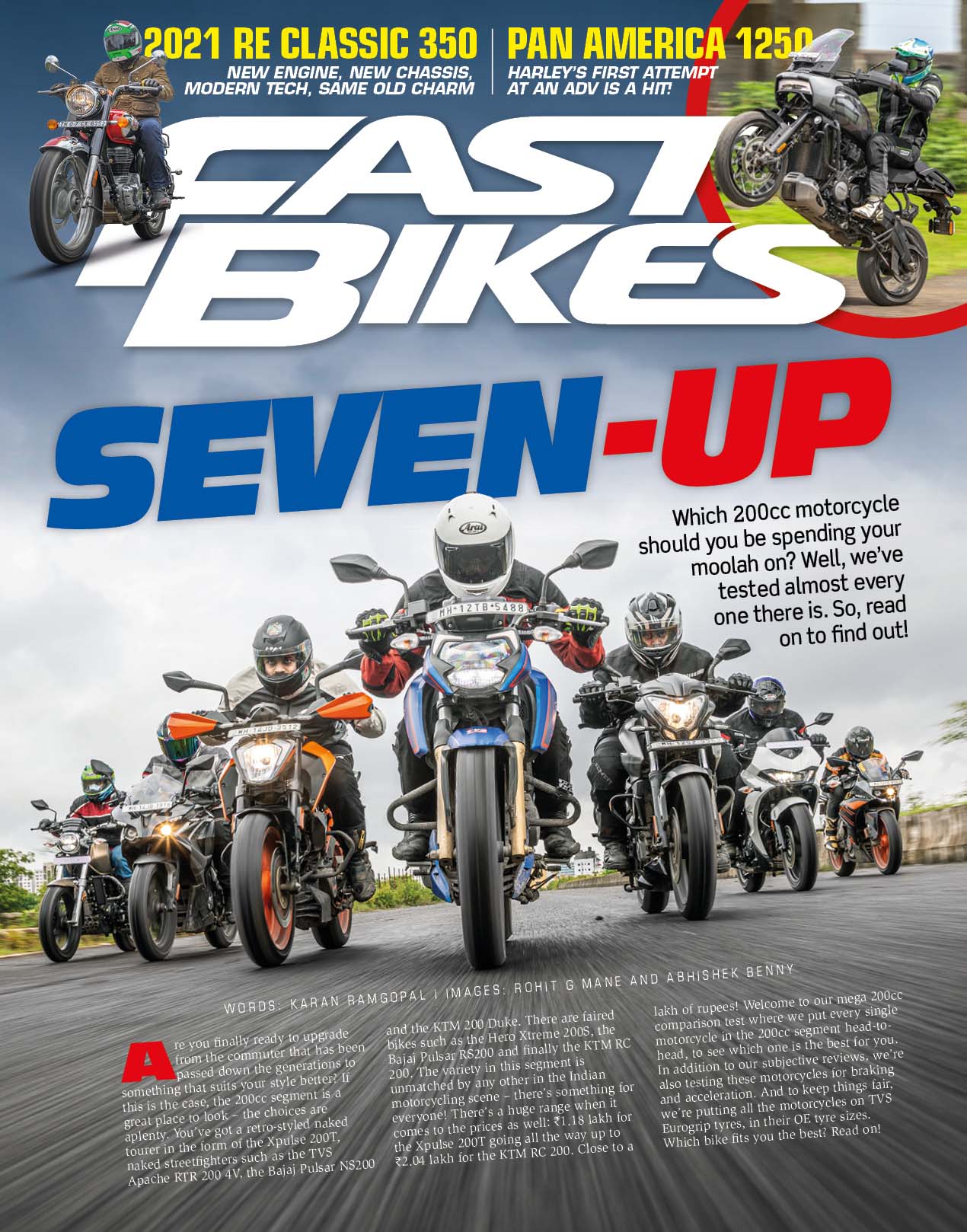 We bring together every single motorcycle in the 200cc segment and put them head-to-head in this mega comparison test! The test features affordable bikes like the Hero Xpulse T and Xtreme 200S, feature-packed motorcycles like the TVS Apache RTR 200 4V, affordable enthusiast bikes like the Bajaj Pulsar NS200 and RS200, and even all out performance bikes like the KTM 200 Duke and the RC 200. In addition to acceleration and braking, we’ve tested these bikes in the city, on the highway and on mountain roads to give you our holistic impressions and tell you which one is the best for you! 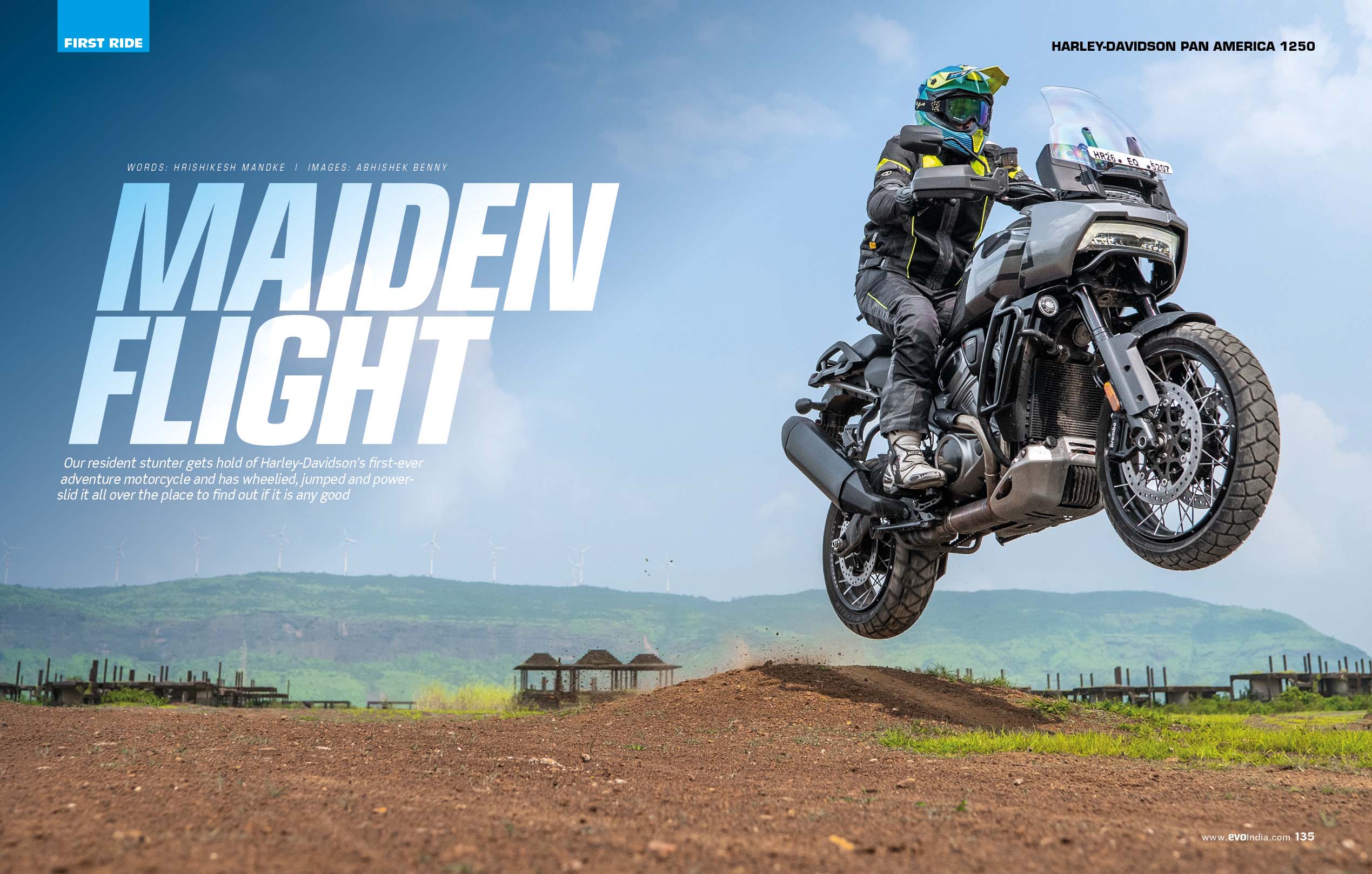 Harley-Davidson is breaking its mould of building laid-back motorcycles with the Pan America, a proper ADV. With a modern liquid-cooled engine, electronic suspension and plenty more tech to go far beyond where any Harley has gone before, the Pan America is an indicator that the future of Harley-Davison is bright! Jumping, sliding, wheelie-ing — the Pan America will do it all! 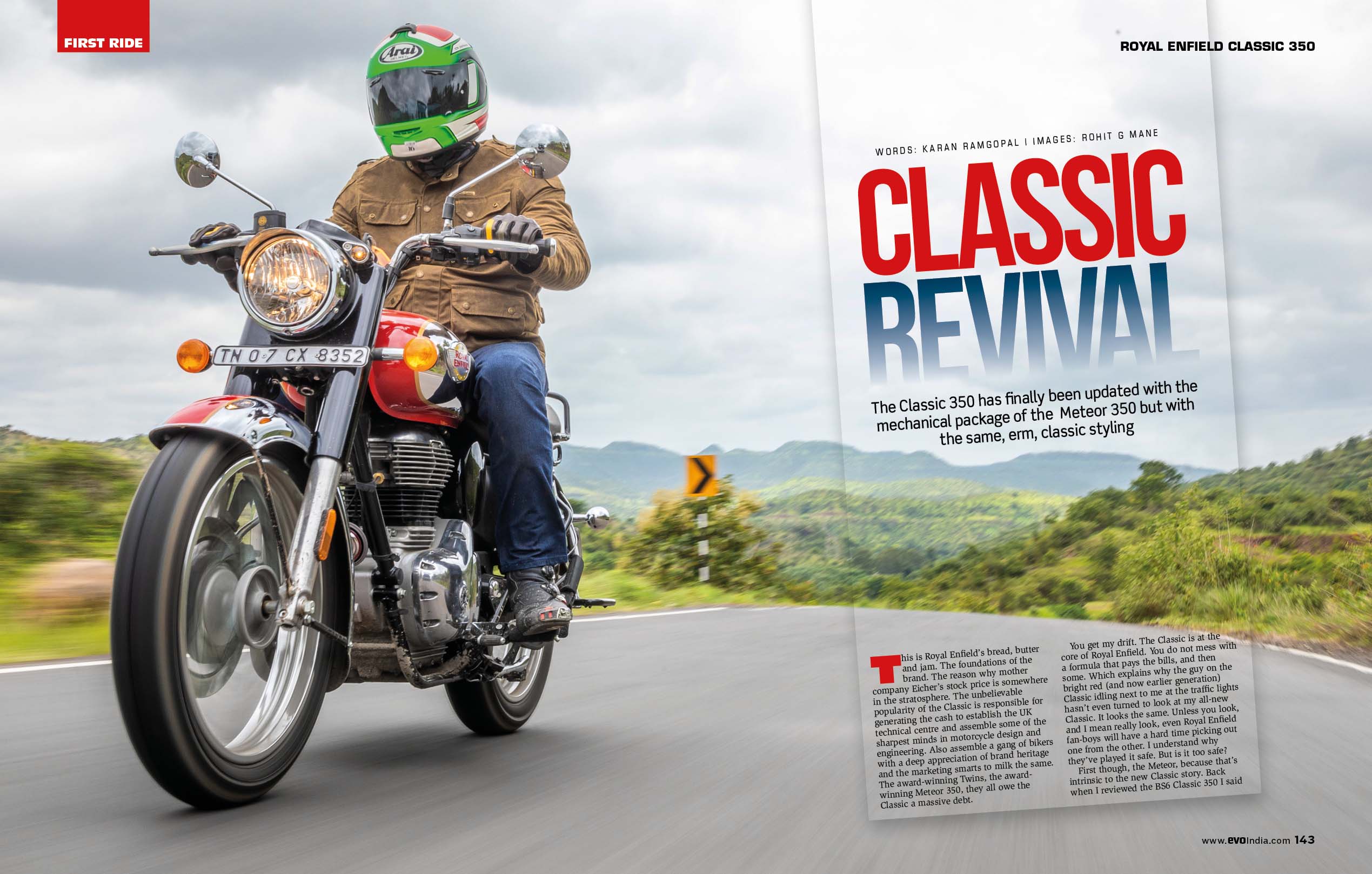 Royal Enfield’s money-spinner, the Classic 350, has been given a complete overhaul! It gets an all-new engine that is shared with the Meteor and a brand new chassis, along with smaller refinements to the ergonomics and comfort. It rides significantly better than the older bike without losing any of the charm. Royal Enfield has a winner on its hands here! 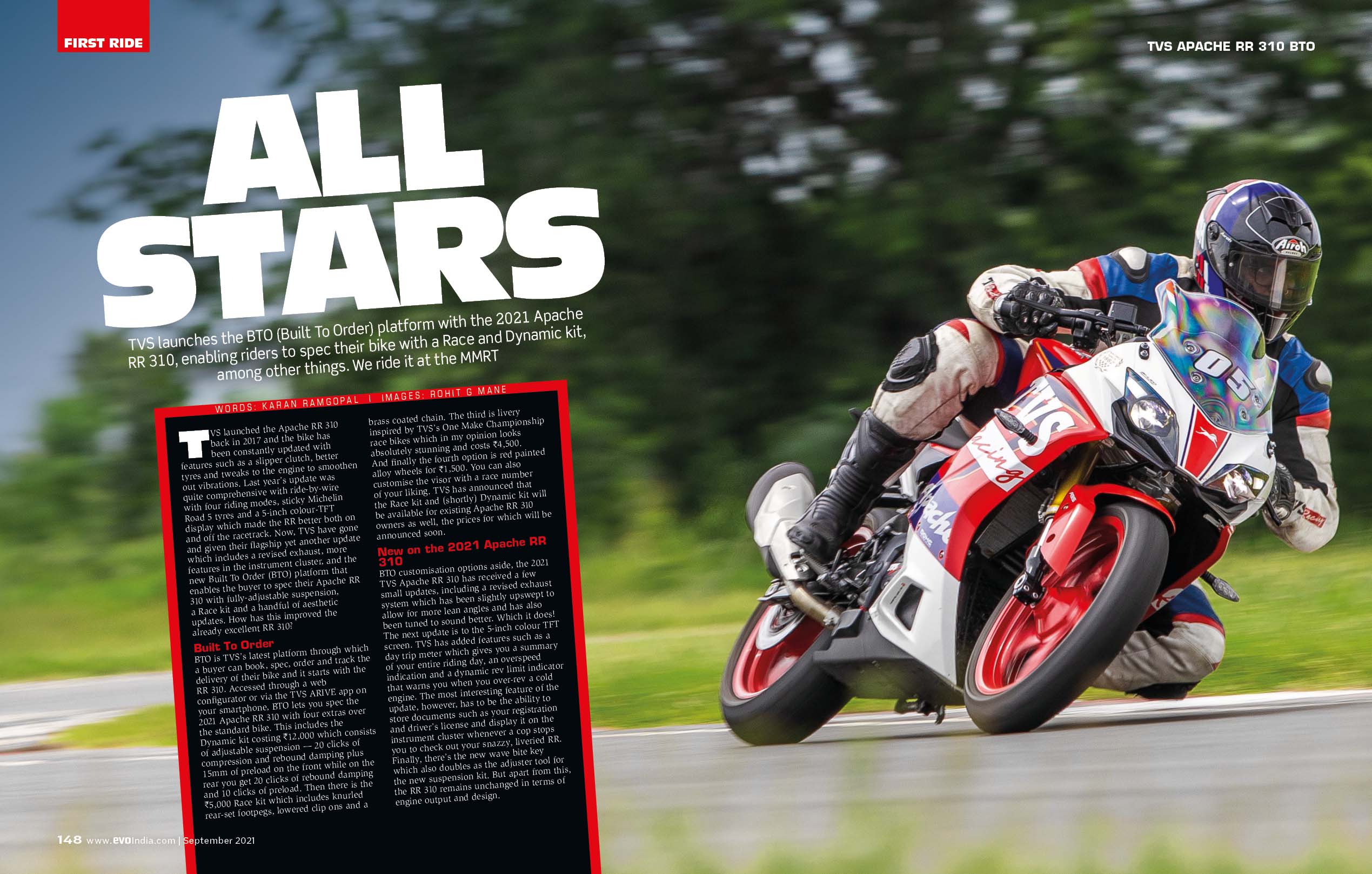 TVS has given the Apache RR 310 yet another update and this time it gets optional equipment like adjustable suspension, lowered clip-ons, a TVS Racing-inspired livery and red alloy wheels. Do these changes do much to change the riding experience of TVS’ flagship motorcycle? We find out while putting in some hot laps of the MMRT in Chennai. 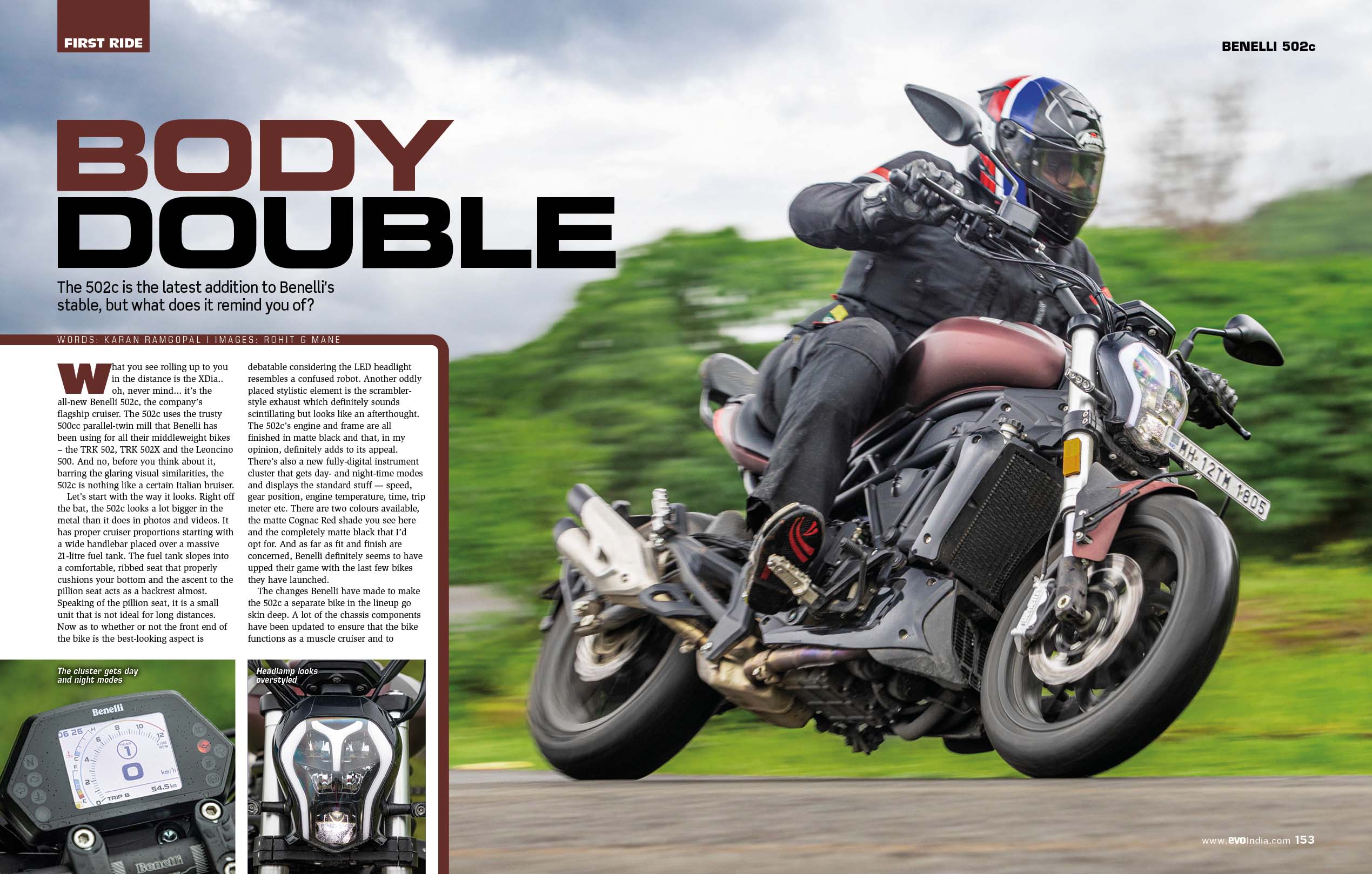 Benelli takes the 500cc parallel twin that we know from the 502X and plonks it in to a cruiser! It may bear a resemblance to a certain Italian, but there is plenty going for it, including its dynamics and the way it sounds. Is this the cruiser-on-a-budget that you have been waiting for? 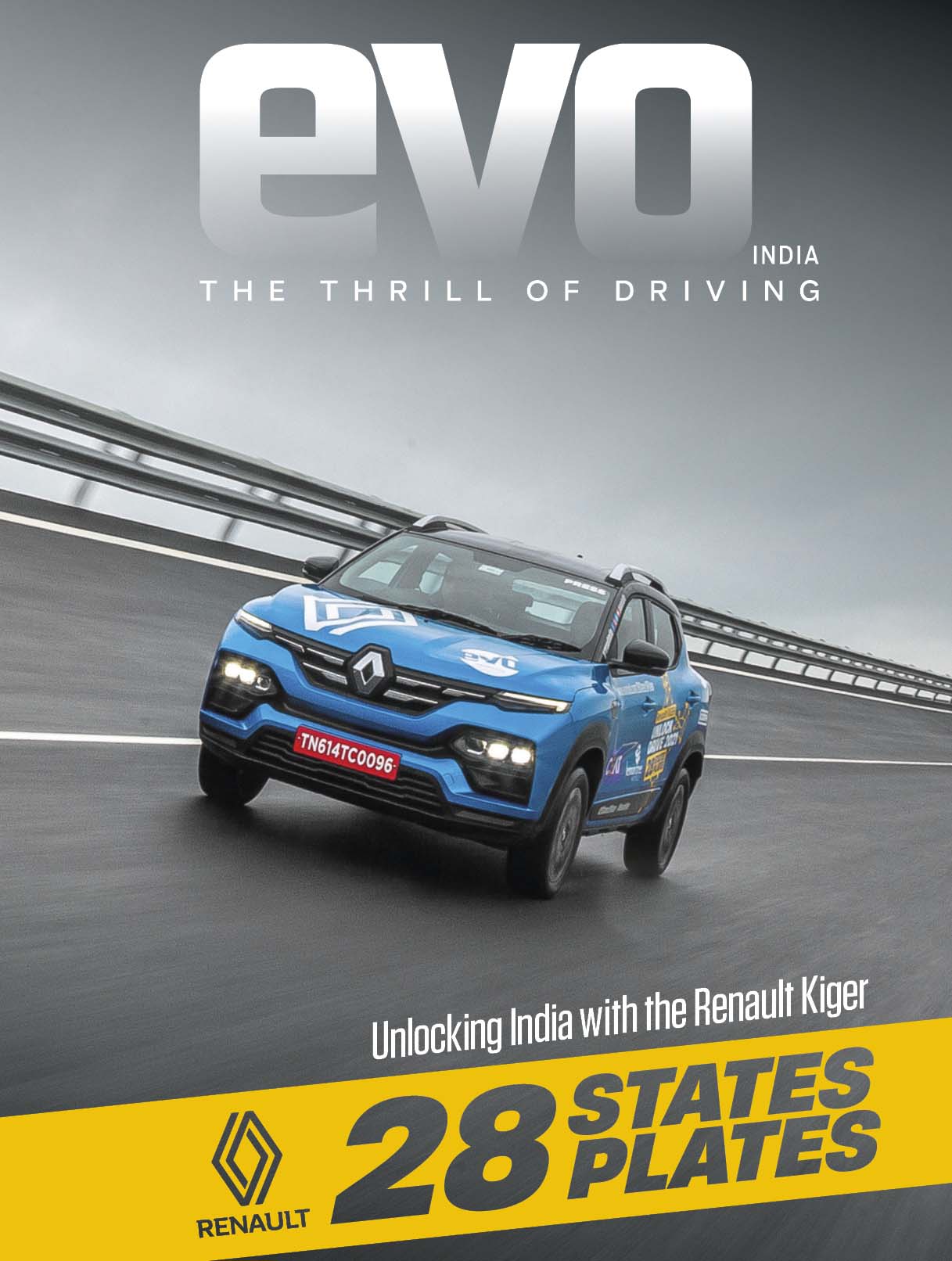 Don’t miss the 20-page booklet on the 28 States, 28 Plates drive that comes along with the September issue of evo India. In this epic road trip with the Renault Kiger, we attempted to drive to every single state in the country to experience the variety of cuisine that India has to offer. Starting in Maharashtra, we drove north all the way to Jammu, before heading east. We couldn’t explore the north east due to covid restrictions so we headed south, covering every single state on the way before making it back to Maharashtra. Along the way, we stuffed our faces with all sorts of different grub. Local breakfasts, street food, full blown thaalis, local delicacies — we never stopped filling our bellies over the whole month we were on the drive. Time to get on to a diet!